On Monday, April 4th, the chemistry seminar for the second-year students took place. It was organized for the 200 years anniversary of ENSCMu. For the whole afternoon, second-year engineering students had five minutes to explain their projects to the audience of the auditorium number one. Then, the audience (the second-year class and the jury, i.e. teachers and members of the Mulhouse Chemistry Club awarded 13 prizes in three categories.
The cultural mediation & patrimony category 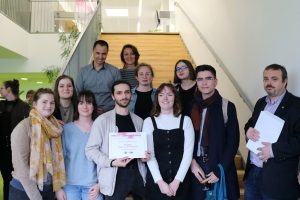 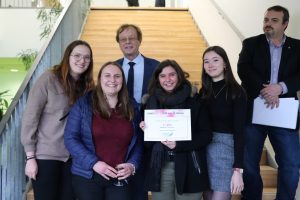 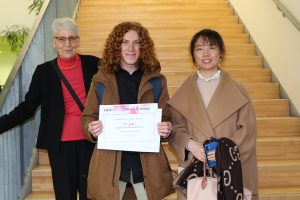 200 YEARS OF CHEMISTRY : 3RD EPISODE OF THE ALUMNI PODCAST

This website uses cookies to improve your experience while you navigate through the website. Out of these, the cookies that are categorized as necessary are stored on your browser as they are essential for the working of basic functionalities of the website. We also use third-party cookies that help us analyze and understand how you use this website. These cookies will be stored in your browser only with your consent. You also have the option to opt-out of these cookies. But opting out of some of these cookies may affect your browsing experience.
Enregistrer & appliquer